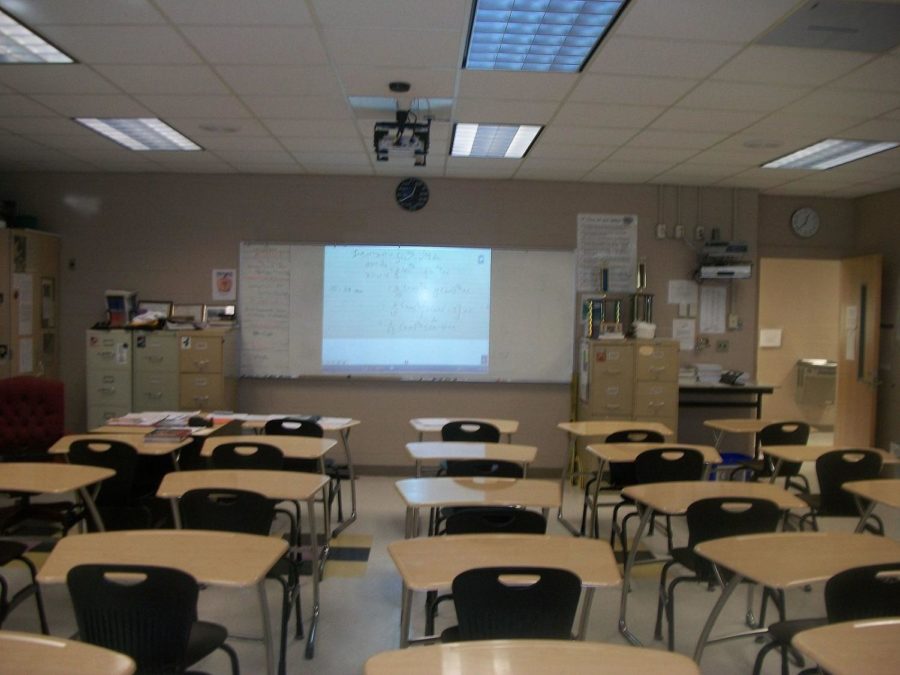 At 3:07 p.m. March 12, principal Mr. Justin Cutts sent an email about the school’s official interpretation of the National School Walkout. While the school-organized event is how we are choosing to participate in the #NationalSchoolWalkout, a planned demonstration promoting school safety and honoring the victims of the Parkland shooting, the plan sounds more like a school assembly and defeats the original purpose of the protest.

The Women’s March Youth EMPOWER organization organized the #NationalSchoolWalkout to take place March 14 at 10 a.m. in all time zones. The purpose is to “demand Congress pass legislation to keep us safe from gun violence at our schools, on our streets and in our homes and places of worship.” On the other hand, Whitney students will be “leading a discussion that promotes school safety, recognizes the victims of the tragedy in Florida, and lead a moment of silence for all students affected by school shootings across the country” according to the schoolwide email. The event organized by the school completely disregards the original intent of the demonstration. Instead of allowing students to express their political stances and call for gun control, the organizers created an umbrella standpoint for the entire school.

Furthermore, although the administration insists this is a student-led activity; in actuality, there is plenty of adult involvement. In the email, Cutts says “Our school walkout” implying the participation of the adults. Additionally, the event was planned by the athletic interns under Mr. Jason Feuerbach’s supervision after he initially addressed the issue. Further, teachers are supposed to join their class in the gym if all students choose to participate. The reason behind a walkout is to purposely leave mid-class to draw attention; there is no reason for teacher participation. A walkout is not the time when students and teachers should collaborate. While interactions with both parties should happen, it shouldn’t be during a student-led protest.

While it is great our school supports the First Amendment rights of students, the approval of the administration is not necessary. Student activists in the past, such as these seven instances, did not get permission beforehand, and that is how they made a difference. In fact, getting permission from the governing body is adverse to the very idea of the protest, an action expressing disapproval of something. Cutts said the administration wants “to ensure that it is a positive and non-divisive activity.” Ironically, protests are supposed to create debate and cause discomfort to incite conversation and change. If students do feel uncomfortable being exposed to any potential conflicting viewpoints and expressing their opinion, they always have the choice of remaining in class, whether the school conveys their consent or not.

In the email, Cutts provides students with two options: joining the walkout to the gym or staying in class and not participating. Openly giving permission to leave class without facing any consequences will result in many students simply leaving to miss instruction rather than be willing to protest for gun control and face repercussions.

Additionally, giving students only two choices hinders student expression. However, students who choose to not follow the administration-coordinated walkout and instead walk off campus to call for political change are protected by the First Amendment, as long as it doesn’t cause a “material and substantial disruption.” They cannot be punished more severely than they would be for any other attendance violation. The tardy policy of the student handbook states, “Any unverified absence or cut results in two hours of detention.” If students choose to walk off campus to emphasize their political opinions on gun control, the closed campus/checking student out policy states, “Students who leave campus without properly checking out at the attendance office will be assigned detention.” Rocklin Unified School District’s Strategic Plan states the district believes, “People have the freedom to make choices and the responsibility for those choices.” So if students choose to protest in their own fashion, they and their ideas should be respected, as long as it is done peacefully without disruption.

We understand administration’s first goal is the safety of us students, and an organized walkout makes it easy to ensure our well-being. Their intent is not to ruin this event on purpose; they merely have to make decisions they believe to be in the best interest of the students for our own protection. We applaud our school for taking action and recognizing the current student-led activism and creating options for students instead of completely shutting down any type of walkout to maximize instructional time. Additonally, we appreciate the chance the school is giving up to show support for the victims at Marjory Stoneman Douglas High School.

However, another priority of the school is to teach students, and we learn more when exploring our own passions and voices. Conversations sparked by the walkout can teach more about both sides of the gun control issue. Furthermore, the safety of students will not be at risk if they choose to walk off campus. The area is residential and not busy at 10 a.m. Students would be missing class for the same 17 minutes as those in the gym so there will not be a severe loss of educational time, especially considering we’ve missed far more class time for other disruptions. If administration truly wants to instruct us students on school safety and the gun debate, there are better and less controversial ways such as discussing it at Whitney United Movements or lessons in social studies classes like at Bulkeley High School in Hartford, Connecticut.

If students truly want to participate in the #NationalSchoolWalkout and call for gun reform honoring the MSDHS student activists’ #NeverAgain campaign, they should take the initiative to create their own protest. The reason for the national movement is to say “ENOUGH” with the mere thoughts and prayers after a shooting and create dialogue and actual change. While the organizers of Whitney’s walkout activity had good intent, they simply failed to address the original mission behind the walkout and watered down the meaning to something less controversial. Whether students choose to engage in Whitney’s walkout event or produce their own movement, it’s important they define for themselves unto why they are participating and not simply going ‘just because.’ If anything for students comes out of this, it’s that they should find their voice and use it, instead of standing idly by in ignorance or silence.