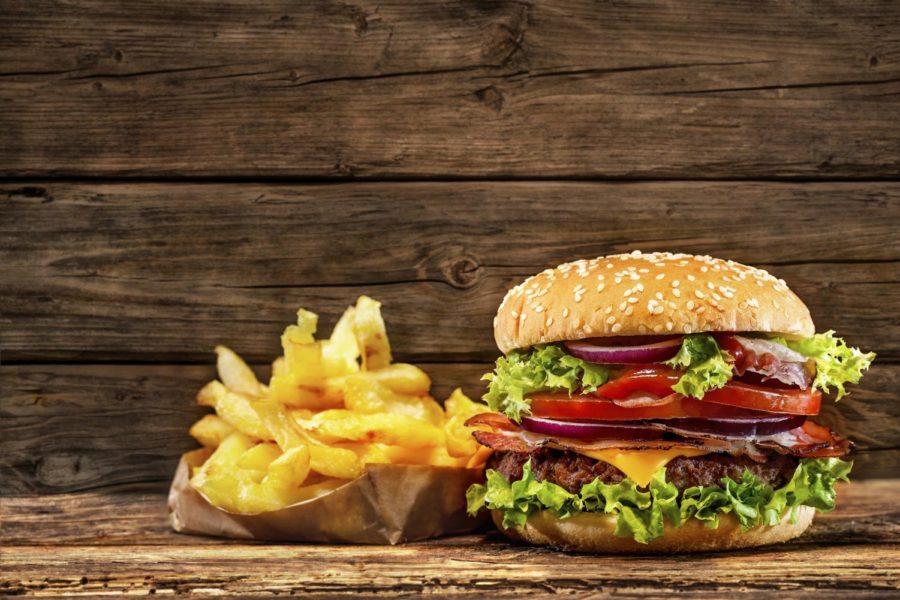 Photo by Shelly taken for a restaurant social media page in San Jose,used with permission.

When European think about American people what do they think?

One of the first American stereotypes is about how much Americans weigh.

“American are famous to eat a lot of unhealthy foods, most of the food is processed this is one of the reasons why it is unhealthy. In Europe people eat more fresh foods; sure there are processed foods also in Europe but it is more rare,” Agathe Masson said.

For example, at an American fast food restaurant usually portions are really big and the meal includes food like hamburgers,sauces, a lot of fries and usually cheese. While in Europe, when ordering fast food people eat a lot of vegetables and salad instead of hamburgers, and they don’t use a lot of sauces.

Another difference is that in America you can find fast food restaurants everywhere, while in Europe they are less common. Something that catches the eyes easily is that in Rocklin there are 14 different types of fast food,from Taco Bell to McDonald’s and Burger King, while in the entire countries of Spain and Italy there are only four in each countries.

“There is a big difference of time for dinner or lunch in Europe and America. In Europe you have dinner at 8-9 p.m. while here in America we eat at 6, and also the lunch is different. During holidays here everyone eats when they want, while in Europe families usually eat all together around 1 p.m.,”Lea Hilff said.

But Americans have also a lot of positive stereotypes.

“American people are famed to be very friendly and helpful and they are not embarrassed by anything,” Hilff said.

“Also American people are hardworking and in love with sports; every kinds of sports from golf to swim, football or lacrosse that most of the European people doesn’t even know exist. Also American have big dreams for the future; a lot of people want to become an athlete, actor or singer while in Europe our goals are more to become a doctor or a lawyer,” Hillf said.

European and American have really different lifestyles, but it’s beautiful to know other cultures.