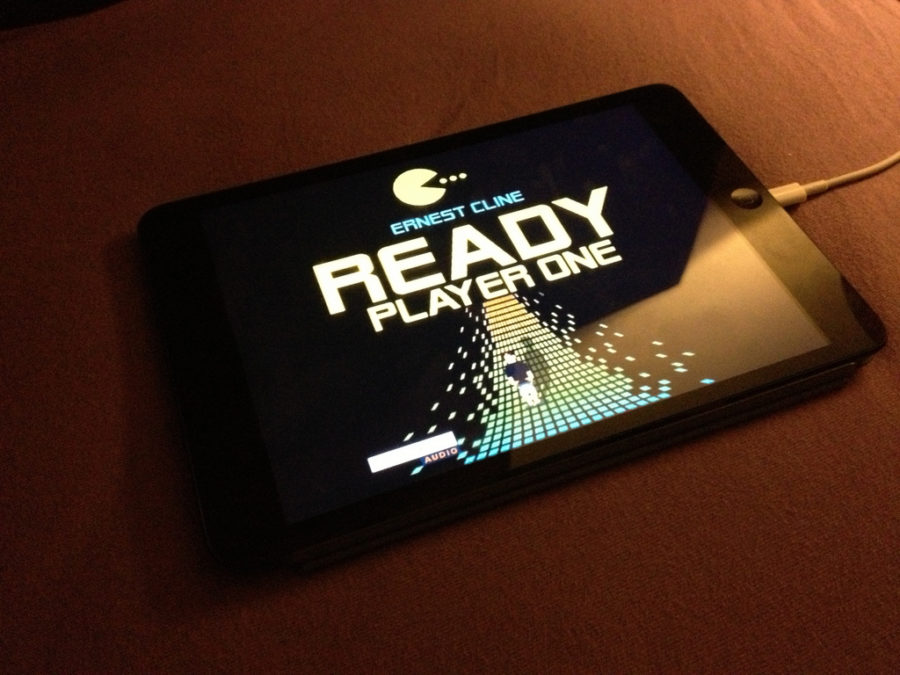 Image from Andreasdantz on Flikr, used with permission

Steven Spielberg’s movie adaptation of Ernest Cline’s 2011 novel, “Ready Player One,” has many differences from the book. Book purists may not be as happy with the movie due to these changes, and although the movie was very good, the differences changed the story significantly.

“Ready Player One” combines aspects of ‘80s culture, from the classic video games to movies and music. The overall plot of the story revolves around a young Wade Watts, who goes by the username Parzival in the virtual reality simulation, the OASIS. Although the OASIS is just a video game, it is more of a reality for some people who attempt to escape their own lives by logging on. Parzival, as well as Aech, Art3mis and others in the OASIS, have dedicated their lives to finding the easter egg hidden within the OASIS by the deceased programmer, James Halliday. By finding the egg they will gain total control of the OASIS, as well as Halliday’s money. Gaining control of the OASIS would be like gaining control to an alternate reality, one where everyone in the world participates. Not to mention, gaining the riches of the man who created this reality would make the winner extremely powerful. Now that the hunt is on, war between IOI and the Gunters, or egg hunters, has broken out for Halliday’s Egg. The climax of the story as well as the ultimate ending is the same for both the book and movie, but aspects of the plot are changed.

Let’s start with basic character portrayal: Wade, in the book, is described as overweight and eventually, completely hairless. However, in the movie, the actor is skinny and nothing happens to render him hairless. This is possibly to make the movie more appealing. Another character portrayed differently is Art3mis, whose avatar is described as almost human, while in the movie her avatar has scales and looks definitely otherworldly, possibly to add an artificial effect to prove that she is definitely an avatar. Nonetheless, her attitude was portrayed well. I don’t think this had a major effect on the movie, since the attitude was the most important part in my opinion, and she was played well.

There were a couple major plot changes, starting with the different trials to get to the keys needed to open the gates for the egg. In the book, the first trial takes place on Ludus, where Wade goes to school in the OASIS, and is a direct replica of the Tomb of Horrors that leads to a Joust battle. After receiving the First Key, Parzival is trapped in the Tomb by Art3mis, who had found the tomb before but hadn’t been able to beat the trial yet. Once released, he begins the trial to open the First Gate, which is an entirely different quest than the Second Trial. He finds Halliday’s house in the OASIS, and has to recite the entirety of one of Halliday’s favorite movies. In comparison, the movie portrays the First Trial as an epic race, and once completed by Parzival, he gets the key, only to be used to open the final gate. So, three keys to one gate in the movie versus three keys to three gates in the book. The Second Trial is different as well, since in the book it is a playthrough of Black Tiger and in the movie it’s The Shining. However, Spielberg keeps the Third and final trial the same, having them play Adventure. I like the book’s version of the three trials better, since they have more of an ‘80s vibe than the movie, though the movie seems more eventful.

Moving onto important figures, James Donovan Halliday and Ogden Morrow are the creators of the OASIS, and both play an important role in both forms of the story. Certain aspects brought from these characters are different, however, for example, Anorak’s Almanac. In the movie, this adaptation of Halliday’s brain and everything he knew is a book that everyone has access to. Yet in the movie, it’s a building with 3D and third person view of everything Halliday knew. Another thing involving Halliday that had been changed in the movie was his video explaining the Easter Egg. The description of the video in the movie combines aspects of various ‘80s things, from the ‘89 movie “Heathers” to songs and video games. In the movie, the video is short and only contains the overall message of the Egg. Aspects of the story that involve Ogden Morrow were changed as well, such as his birthday party. In the book, after Parzival and Art3mis have become famous due to their recent find of the first key, they are invited to Og’s birthday party at the Distracted Globe. In the movie, the two go to the Distracted Globe, but nothing is mentioned about Ogden Morrow during this portion besides the quest they are on. Personally, I really liked the books version of the video as well of the party. It gave these two figures more depth and made it seem like they knew what they were doing more than the movie.

Going back to characters, there were some portions that changed drastically. Samantha (Art3mis) and Wade (Parzival) don’t meet until all of the High Five (Art3mis, Aech, Daito, Sho and Parzival) meet later in the book. However, in the movie, Samantha and Wade meet early in the story, and then Aech arrives with the other three. In the book, four of them meet at Ogden Morrow’s house for the final battle. Daito, in the book, is killed, in both real life and the OASIS, so he is not included in this meeting. However, in the movie, this event does not happen at all and Daito stays alive. I think that keeping him alive changed the way the story worked, since a character death is always really major and drives the plot. So even though the plot continued eventfully, I think it would have been better with the death.

Certain events that are turning points in the story happened, but in different ways. The book includes Wade being captured and going to work at IOI, and eventually hacking into the system and escaping, leaving a few ways for him to eventually destroy the Orb for the last trial. However in the movie, Samantha is taken and destroys the Orb from inside IOI. Although the characters change in this scene, the overall solution happens regardless, so this is not a major change that affects the overall plot. Both ways eventually led to the same conclusion, but in my opinion the book’s adaptation was better, since it brought into perspective how daring of a plan it truly was for Wade to purposely get captured in order to save his own life.

Steven Spielberg’s movie adaptation has many changes, some more major than others, but the overall conclusion of the story stays the same. Both the book and the movie are great, and take the audience on a trip back through the ‘80s while combining aspects of modern technology. Personally, I enjoyed both, but I liked the book better, since it had more structure and provided more insight to the workings of the plot.