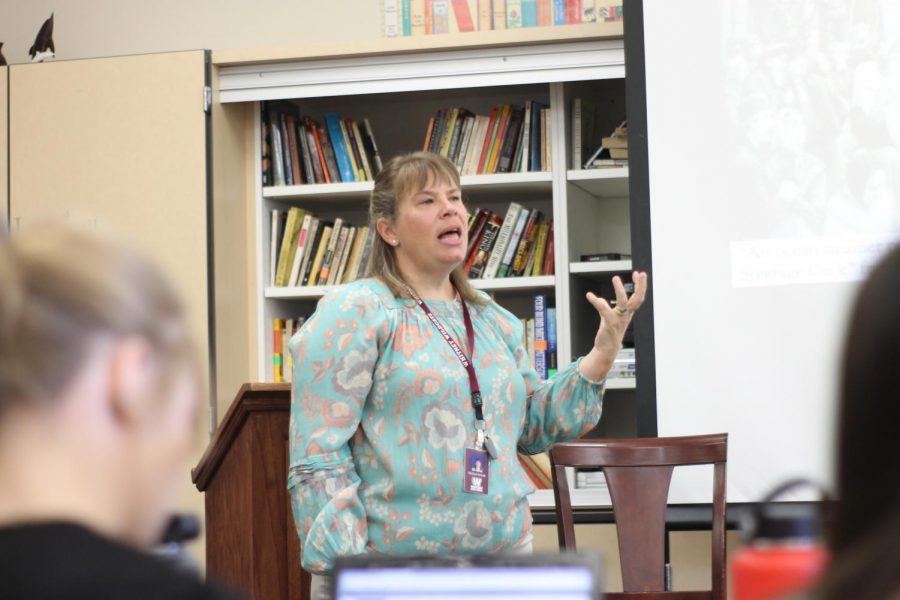 After the bell rings every odd day, Mrs. Cecelia Kulak checks if her daughter, Ashley, needs a ride home from campus, then goes home. She doesn’t come back to work until the next odd day. For this part-time English teacher, teaching is just one part of her life.

“I don’t see her often, but when I do, it’s not awkward,” Ashley Kulak said.

Kulak began working as a teacher 25 years ago in Pennsylvania. She first taught science then moved to New York where she taught English for 19 years. It wasn’t until 2015 that Kulak and her family moved to California for her husband’s job. She began working on campus as a substitute.

“I’ll tell you it was harder for me to transition from being a full-time teacher to a sub because I was so used to jumping in, giving my opinion and helping out. When you’re a sub, it’s appreciated it, but it’s not always needed. It was kind of a learning curve for me to step back and say “Okay I’m a substitute, how should I be handling this situation for my teacher?’” Kulak said.

But she didn’t always want to be a teacher.

“Back when I was in college I had started out as a theater major. I was really interested in drama and reading and writing. Then, when I went to Fredonia State College for college in New York, I saw the other actors and actresses that were in the drama department, and I realize that they were very serious about drama,” Kulak said. “I just enjoyed it so I thought about what else could I do, and since I love reading and writing, I decided that I would be an English teacher pretty much my freshman year of college.”

Despite Kulak’s change of course, she didn’t lose her passion for acting.

“I also enjoy acting in local theater, especially mystery plays. Those are a lot of fun … The last play that I acted in… I played one of the doctors who had to give clinical advice about whether or not they have been committed in the way that it was committed,” Kulak said.

Aside from acting and teaching, Kulak spends time with her golden retriever Lily. In fact, nine years ago Kulak and her family bred eight of Lily’s puppies.

Teaching one period of juniors and two classes of seniors, Kulak has more time to prepare for classes than full-time teachers.

Kulak said, “It’s actually kind of nice because I have one day to teach and one day to correct or plan something. I have some down time where I can get things done that I need to get done. Of course, I would love to be full-time. I would absolutely welcome it, but it’s it’s a nice transition from substituting to actually teaching full time will happen next year.”