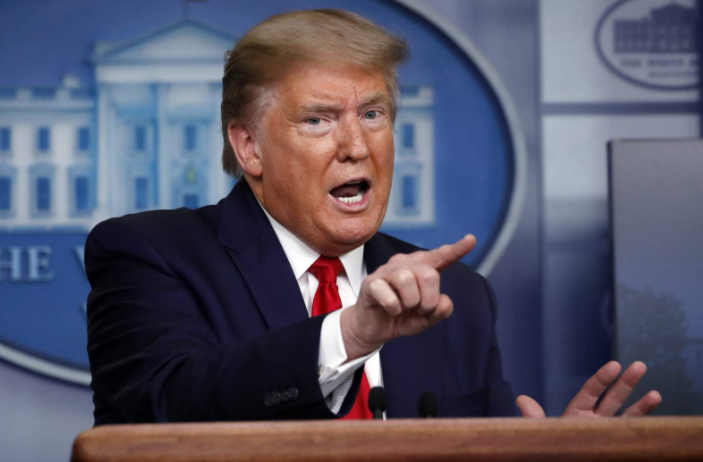 The coronavirus has taken the world by storm. It was once a virus that seemed limited to where it started: Wuhan, China. Then it started spreading around the globe, currently hitting the United States the hardest. As of today, the U.S. has the most cases of the coronavirus, beating out every other country in the world. Schools and business have closed down. We have over 605,000 people who tested positive for the virus and more than 24,000 have died. Unemployment has skyrocketed. East coast hospitals are overrun with dying patients.

This raises some important questions: How did we get here? Why was the outbreak in the United States so extreme? And most importantly, was it preventable?

Let’s start with things that were done correctly. On Jan. 31, Donald Trump suspended immigrants and non U.S. citizens from China to enter the United States. This was a bold move by the president to take certain action on China even when the Democratic presumptive nominee Joe Biden was critical of it, saying that Trump has “xenophobia” via twitter. Placing a temporary travel ban on China is not xenophobic, it is protecting the American people. It could stop those that are potentially infected from spreading the disease. President Donald Trump would later also implement travel restrictions from European nations. This makes it very clear that race was not a factor of the travel ban and safety was the concern.

While there are good moves the President has made, he has also made a few considerable mistakes. About two years ago in April of 2018, John Bolton, head of the White House National Security Council within the Trump Administration, broke apart the U.S. pandemic response team. According to Vox, the Trump Administration has made multiple cuts to the funding for the Centers for Disease Control which is the leading national public health institute in the United States. If President Trump had not disbanded the pandemic response team, perhaps we would have had more accurate and timely information about the impending pandemic. And timely action in anticipation of, rather than in response to, the pandemic could have been the difference between targeted identification and isolation of infected people versus a nationwide lockdown.

The most important thing a president can do is to bring both parties together in times of crisis, putting their differences aside in order to help people in times of need. That was displayed on March 27, when a bipartisan stimulus package passed through both houses of congress and was signed into law by President Trump. Individuals who made less than $75,000 in adjusted gross income and married couples who made less than $150,000 after paying taxes would get $1,200 per person with $500 added on top per child.

Even though the stimulus package is greatly beneficial to the American people, the United States did not do nearly as well as other countries to tackle COVID-19. The Guardian explains that after one week, South Korea worked with 20 companies to massively test for the Coronavirus across the nation. They effectively identified and quarantined those people who carried the virus, thereby reducing the chance of a national crisis. South Korea has a population of 50 million and Al Jazeera details that only 10,000 have been infected. Meanwhile in America, the Trump administration failed to proceed with major testing while right wing media stars such as Sean Hannity down-played the potential virus as a ‘hoax’.

The Trump presidency has dealt with many twists and turns. And the coronavirus will be their greatest challenge. Trump has made some great decisions for our country regarding the coronavirus such as implementing travel restrictions and a stimulus bill. But he has made some critical mistakes such as firing the pandemic response team two years ago and failing to get a head start in testing and isolating the virus. But this is not his final picture, as President Trump will have to continue to make choices in the near future that will impact the American people. The COVID-19 pandemic has only just begun.