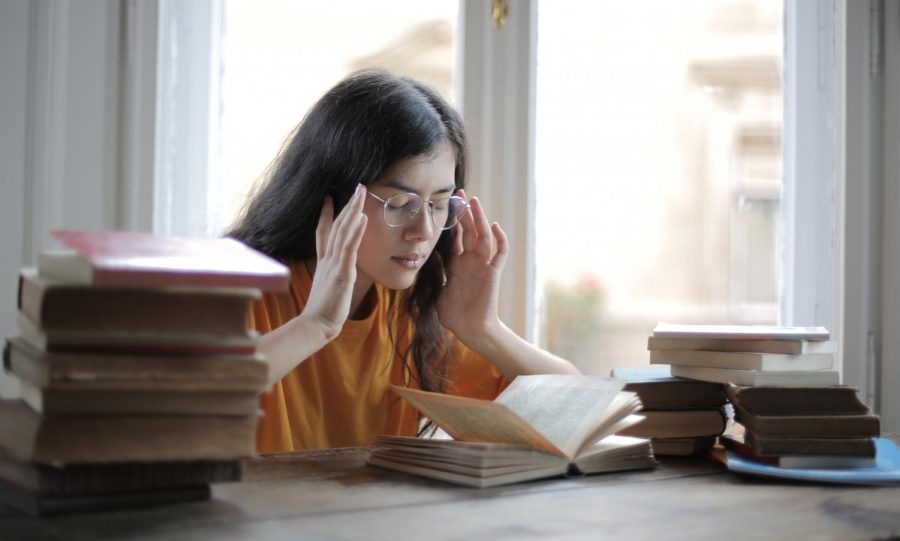 The quarantine experience for some students has been a stressful time. Photo by Andrea Piacquadio

It was a shock to Lucy Ohanyan when she found out her grandmother had COVID-19. Not only did she have to worry about her grandmother losing her life, she and her sister had to learn how to run the house while her mother went to the hospital to help her grandmother translate because of a language barrier. Stressful family situations like these are just one way students’ lives have been affected due to COVID-19.

“At first quarantine seemed unbearable, and it was incredibly difficult to stay at home, but now it has almost become second nature to wear a mask or avoid contact as much as possible. Now I no longer mind; because of it I had a lot of self-reflection time and got the opportunity to fight some inner demons that were eating at me,” Ohanyan said.

Many students have acquired new hobbies to fill the extra time quarantine has given them. Josh Jara has been spending his time finding new and exciting hobbies.

“I gained a lot of free time in my daily life and I explored many new hobbies like sewing, playing the ukulele, and I got a lot better at video games that I was scared to try,” Jara said.

To cope with the constant boredom of quarantine, Raven Taaca wrote journal entries of her day to day life.

“I [wrote] about what I did during that day, or what I’m feeling, or what’s happening in the world because a lot of things are going on. I just thought it [would] be good to write them down,” Taaca said.

Quarantine has also made a great impact on social lives, as people are not allowed to see their friends face-to-face. But in order to keep constant contact with friends, Grace Chang has been using online platforms as an alternative way of communication.

“We’ve been talking through FaceTime and group chats. Honestly, I haven’t seen any of them in person since March 13. I know how this virus can seriously impact people’s lives in every aspect such as death, economic hardships, etc, so I’ve strived to be extra vigilant,” Chang said.

In order to hang out with his friends while keeping safe during these hard times, Jara is virtually associated with them through technology.

“Most of the time we would just group facetime, but me and my friends recently just started playing video games together as a fun activity, and it’s become very enjoyable,” Jara said.

While social life has been negatively affected in one way where students cannot see each other every day in school, the academic lives of many have been impacted in both positive and negative ways since distance learning started on March 16.

“Quarantine has made school difficult for me as someone who takes Honors/AP classes. It’s a lot more difficult for me to learn in these challenging classes because the new concepts can just fly over my head most of the time,” Olivia Roberts said.

While quarantine has affected Roberts learning negatively, Chang believes that distance learning provides both advantages and disadvantages for her.

“Both have their pros and cons, but I’m enjoying online school. I miss being on campus, and in-class instruction is much more interactive and engaging, but I would say that I’ve been able to get a little taste of college because of distance learning. Because of this new freedom, I’ve honestly been able to be a lot more productive. Usually, with an in-class setting, I end up wasting a lot of time because I talk to friends during ‘work time.’ I guess it’s a lot harder to talk to friends now, and although it’s rough, it added several hours of productivity to my day,” Chang said.

Throughout quarantine, Ohanyan has realized some things about herself that she did not know before.

Ohanyan said, “I thrived off of social interaction, and I felt like I had to get people to like me or I would hold less value. But then I dedicated days and days on self-love and respecting myself, and I have never been happier.”