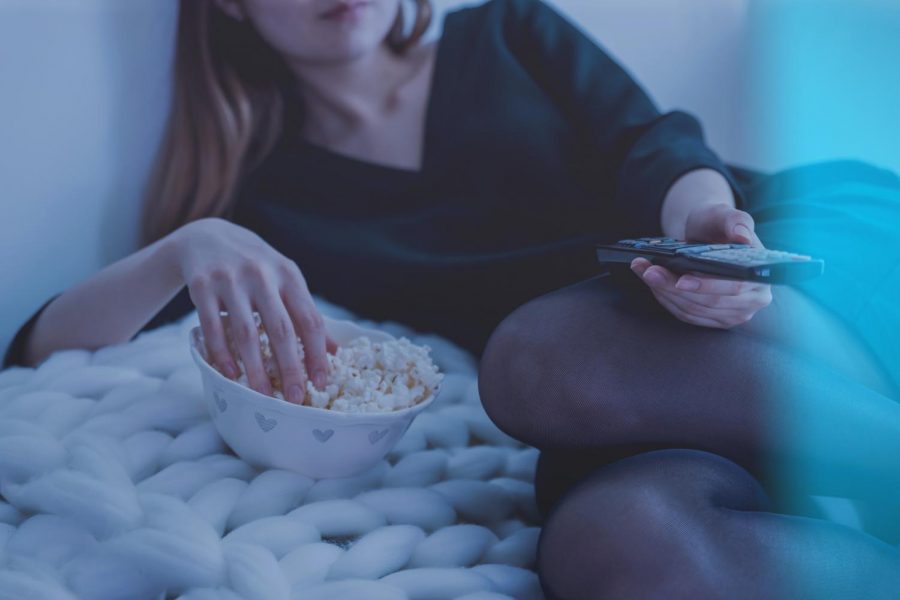 Foreign films and shows make for new and refreshing watching experience when you have excess time on your hands. Photo by JESHOOTS.com from Pexels.

Have too much time on your hands? Love watching foreign films and shows? As students with different ethnic backgrounds and who are hardcore movie/show watchers, we’ve gathered up eight foreign shows and movies just for you:

“Can’t Help Falling in Love” is a romance/comedy Filipino film about two strangers, Gab and Dos, who drunkenly got married. As they try to resolve the predicament, they end up developing feelings toward each other. I found this film very funny and wholesome, and at some parts, I laughed till I could barely breathe. This film showcases the hardships of a relationship and how one may overcome them. If you prefer a more comedic romance story, this film is just right for you. This movie can be found on Netflix.

A Chinese film about a young villager hoping to bring honor to his name, a veteran soldier looking for revenge, and a wanderer trying to find their identity. All of them, warriors alike, take part in a competition to find the strongest and most talented combatant. The three work together to complete challenges and accomplish their goals. As the trio participates in the tournament, they realize something dubious is happening. If fantasy and adventure interest you, this movie has exciting and intriguing events, which you might like. This movie can be found on Netflix.

“Colombiana” is a French action thriller about a young girl, Cataleya Restrepo, who watches crime lord Don Luis and his henchman Marco kill her parents. Fifteen years later, she turns into a ruthless assassin, dedicated to tracking down her parents’ killers. She works as a contract killer for her uncle who lives in Chicago. With every victim Cataleya kills, she leaves a lipstick drawing of her namesake on them. If you like murder, thriller and action then this is the movie for you. This movie can be found on Netflix.

While You Were Sleeping

Don’t get caught off guard by the name. “While You Were Sleeping” is a 16-episode fantasy/romance/comedy Korean drama. The story follows a young woman, Nam Hong Joo, who develops the ability to dream of the future, Jung Jae Chan, a prosecutor, and Han Woo Tak, a police officer. After interfering with an accident involving Hong Joo, both Jae Chan and Woo Tak develop the ability to see premonitions in their dreams, just like Hong Joo. Through rollercoasters of emotions and grave situations, the three develop a love triangle. This is a great show to binge during holidays, where people have the most time to spend, as the episodes are an hour long. This show is very emotional, however, there are some funny moments within the episodes that release the intensity of the show. This show is available on Viki.

If you love emotional shows, this series is for you. “Guardian” is a 16 episode fantasy/romance Korean Drama about a military General, Kim Shin, from the Goryeo Dynasty, and a woman named Ji Eun Tak. Kim Shin dies an unfair death by the King’s hand, and so God returns Kim Shin to the human world as a Goblin, tasked to protect certain people from a life of misery. However, immortality started taking a toll on him, and he wanted to be released of his immortality. But to be released, he must find his bride, Ji Eun Tak, as she is the only person who can free his soul. I’ll admit that throughout every episode I watched, my pillow was soaked with tears and my eyes became swollen the following morning. This show is available on Viki.

A Chinese drama about a top professional gamer forcefully expelled from his team due to unavoidable circumstances. Even though he has left the pro gaming stage, he continues to play while working at an internet café. With his 10 years of experience, he keeps playing, using his skills and knowledge to become the top gamer once again. If you like or play video games, you might find this to be interesting. This show was filmed in a new and refreshing way. The characters on the show look like their in-game avatars, so the gameplay looks as if the characters in real life are playing the game. This show can be found on Netflix.

“SKAM” is originally a Norwegian series with four seasons, but other countries (Spain, USA, Germany, France, Italy, Belgium and Netherlands) have made remakes. This show includes many sensitive topics that relate to what some teens may experience during high school. Each season follows one person and showcases the problems they face and how they solve them. I’ve only seen the original and two other remakes of “SKAM,” and they’re not complete copies. The storylines are similar, but not so similar that you already know what’s about to happen. The show is available on YouTube and Dailymotion, although due to regional boundaries, some remakes aren’t available.

A Korean drama about a stuntman investigating his nephew’s death in a mysterious plane crash with the help of an NIS agent. Angered because the incident was covered up, the stuntman uses his skills as he chases after suspects that might have been involved in the accident. They set out to discover the truth behind the large scale disaster. Set in Morocco, Portugal and South Korea, the show brings a fresh vibe to action shows with a hint of comedy. If you like crime and action shows mixed with a little bit of everything, you may find this show appealing. This show can be found on Netflix.