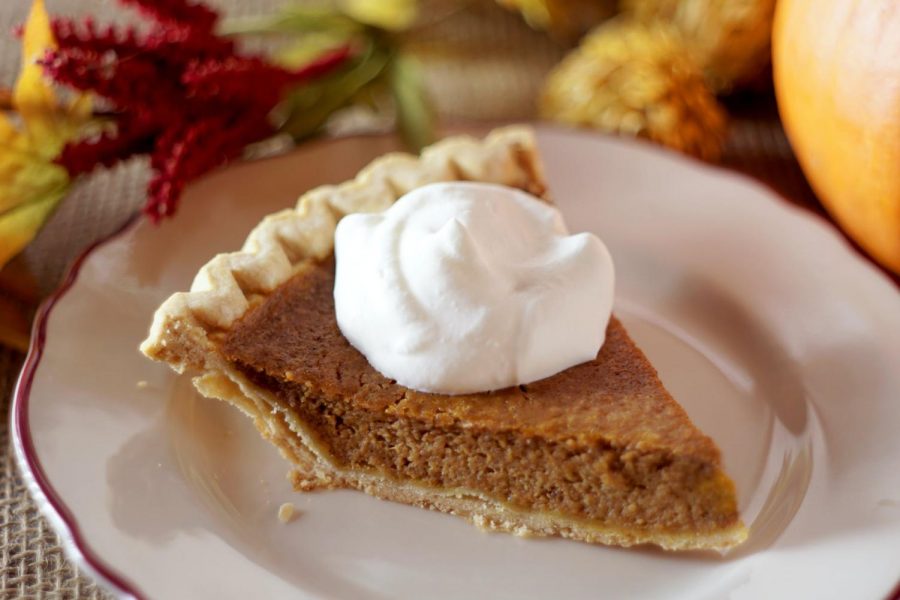 There are just a few simple steps to creating the perfect slice of apple pie; to have a delicious slice of apple pie is first warming it up, a scoop of vanilla ice cream, preferably Dryers French Vanilla, and a little dollop of homemade whipped cream. Since I was little, this is how I’ve always had my apple pie served. You get warmness of the pie mixed with the chill you get from the ice cream. Even though having ice cream while it’s cold outside is unusual, it makes a big difference when added to apple pie. Here’s a recipe you can try.

I would put this as an 8/10 because it can either come out of the oven super dry or super moist. Of course, there will be the occasional perfect pumpkin bread, pulled out of the oven. The smell of nutmeg and cinnamon flow through the kitchen, giving the whole house a warm holiday sent.  Making pumpkin bread from scratch is my favorite because I feel like it makes you feel like you put more work into the dessert then just getting it from a box. Here’s a recipe you can try.

When I was younger, I was never a fan of anything with pumpkin, But as I’ve gotten older and I’ve developed an appreciation for it; the taste of pumpkin eventually grew on me. I rate it 7/10 because I still don’t like the mushy consistency of the filling, but it’s a very iconic Thanksgiving dessert. Here’s a recipe you can try.

Candy and Desserts that contain nuts have never appealed to me, but I have tried pecan pies with the perfect balance of pecans and brown sugar. I would give it extra points if the slice is warmed up, and served with a scoop of ice cream on the side. I do appreciate the crunch you get from this dessert; it has a fairly good texture. Here’s a recipe you can try.

Even though it’s not a common Thanksgiving dessert, my family has made it one of our many traditions. Preferably, I love having sweet granny smith apples in an apple cobbler, because I feel like it brings more sweetness to the dessert then it already has. I think apple cobbler is just too similar to apple pie, because it is very similar to apple pie and doesn’t do anything too different, I would give it a 3/10. You could just have a slice of apple pie. Here’s a recipe you can try.