GSA makes posters and stickers to promote an inclusive atmosphere 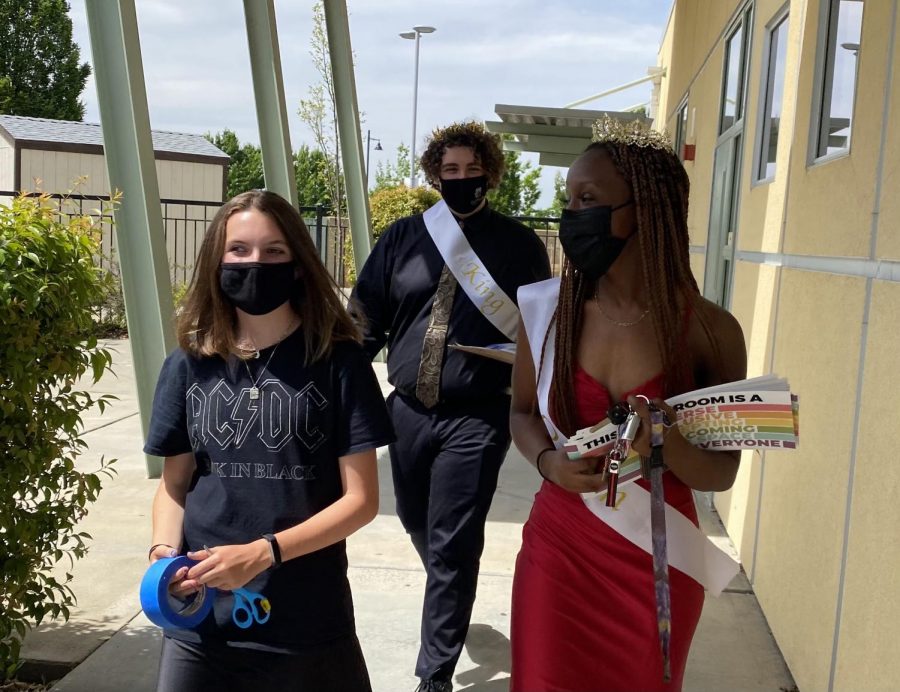 When talking about what legacy the seniors of GSA wanted to leave on campus, Ethan Pelligrini suggested the idea of creating posters and stickers for teachers to display in their classrooms.

“We met with our GSA board and Ethan said he saw those at Sierra College, where teachers have those stickers in their windows, and it’s very welcoming and fun to see. So myself, [Mrs. Laura Brun] and [Mrs. Meredith Kane] all thought that was an easy, impactful thing we could get done,” Mr. Alex Anderson, an adviser of the GSA club said.

After that, Brun contacted Mrs. Whitney Lum to see whether the posters could be created by students in her advanced graphics class.

The student who designed the poster was Nathan Marquardt.

“[Lum] came to me and asked me if I wanted to do a personal project on [making the poster] because we don’t want the whole class working on it. That would be a lot of options,” Marquardt said.

And on April 19, once the posters were ready to be distributed, Brun sent an email to all staff with a link to a Google Form where they could request a free poster for their classroom. Both advisers and members of the GSA began hanging posters April 27.

Brun said, “It would be really nice if teachers had posted that they were an open and inclusive classroom somehow with like a sticker on their computer, or some sort of sign and how nice it would be to walk in a classroom and sort of know right away visually without anybody saying anything. We wanted something that the club could do physically, and they contributed this year because it’s a COVID year it’s a hard year and so that’s something that’s doable and leaves its mark on campus.”