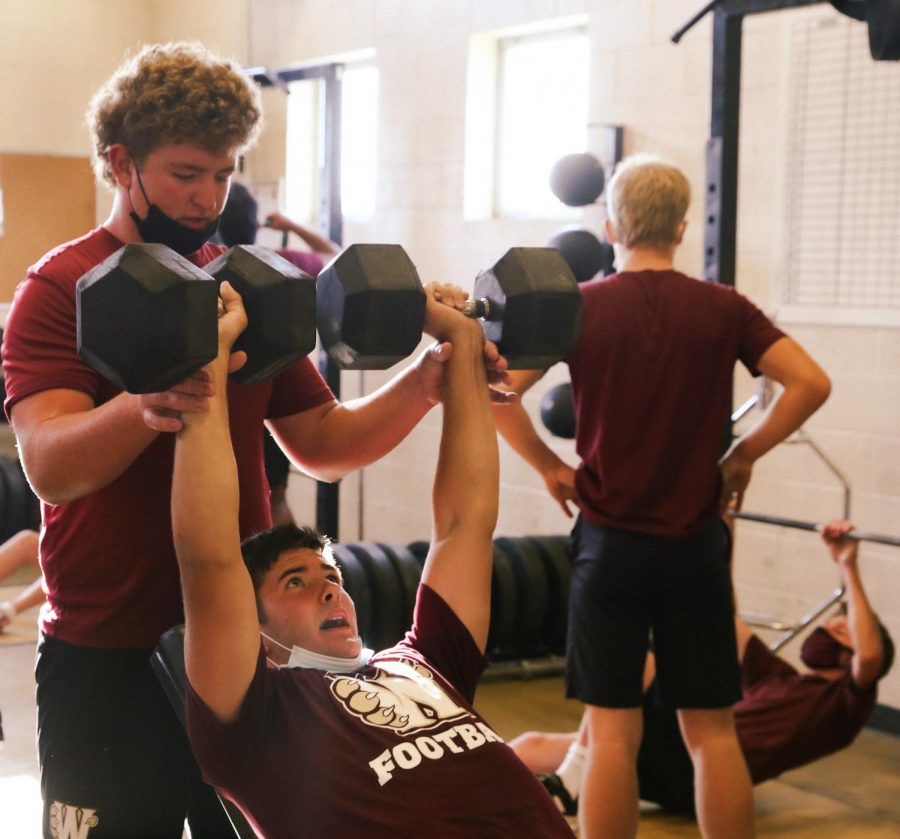 With the return of the annual Quarry Bowl games against district rival Rocklin, players are anticipating the match more than ever. With no game last year due to COVID-19, Coach Zac McNally is giving the game all to ensure the team’s best chance of winning.

“It feels like forever since we last played in the Quarry Bowl with the fans,” McNally said. “We’re making sure that we’re fundamentally sound and taking care of all the aspects of football. I’m really excited; it’s going to be a great atmosphere and great event.”

Varsity captain Ian Don is excited but nervous about taking on the Thunder Sept. 17 at 7 p.m.

“I have a lot of confidence going into [the Quarry Bowl], but it’s still mentally challenging,” Don said. “We’re facing a good team and a crosstown rival, so we’ve been really pushing it to the max this week. I have been cutting down on the physical aspects to prevent injury while also maintaining my mental strength.”

To prepare, players are focusing on endurance, stamina, gameplan tactics and mental strategies. Team captain Noah Garcia has planned a routine that helps him perform to the best of his abilities.

“Before a game [I] drink lots of water, eat healthy food and watch my favorite videos,” Garcia said. “[I’ve been] resting more, working out harder and mentally encouraging myself.”

The football teams have been training for the past three weeks. McNally does not want to apply too much pressure on the players and has maintained a normal practice layout.

“We’ve had a mostly regular schedule these last few weeks,” McNally said. “Now there are festivities and booster clubs doing a lot of different stuff for us each day. They’re providing us with food or a kind of treat after practice, but other than that it’s the same practice runs. We are making sure to definitely cover the little things along the way.”

For many players, this will be their first time playing in the Quarry Bowl, causing a mixture of nervousness and excitement.

“Since eighth grade, I’ve always dreamed of suiting up in a Whitney jersey and being a varsity player on the roster for the Quarry Bowl,” Aazam Khan said. “It is the game of the year for me. I can’t wait to run out watching hundreds of crazy fans go out to support. I’m a bit nervous, but if Coach [McNally] calls my number and needs me for any play, I’m going to make the most of every opportunity I get. I’m going to do everything in my power to help Whitney Football win.”