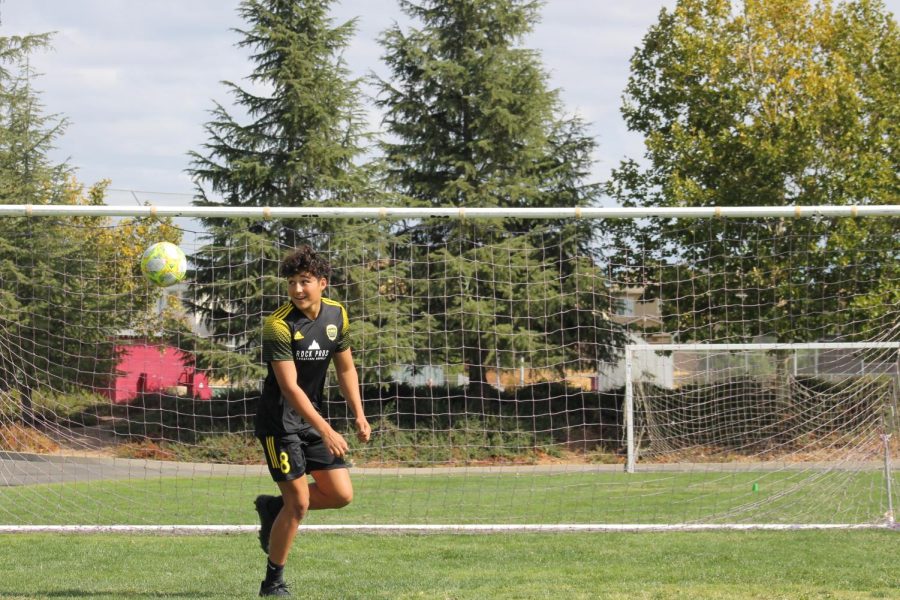 Q: How long have you been playing soccer?
A: Twelve years. [I’ve been playing] since I was 5.

Q: When did you start playing competitively?
A: U9, so age 8.

Q: What position do you like most? Which one do you play? Which one did you get recruited for?
A: 6,6,6. The six is the holding midfielder. It’s fun to play; it’s more defensive minded with the opportunity to go forward. It’s a play-making position, which is what I’m best at, creating chances and passing. I also like to play more defensive, but at times it’s good to carry the ball forward to create scoring opportunities.

Q: What inspires, motivates, drives you to play soccer?
A: For me the sport itself is just fun to compete in. The competitiveness, the friends you make. What motivated me and continues to motivate me is the opportunity to play in college. It’s been an aspiration of mine to do so and for me to succeed in doing so is amazing. I still need to keep improving and playing to my best ability, but it’s a great accomplishment.

Q: Who is your biggest supporter?
A: My dad, Rob Mora, because he pushes me everyday to be the best person I can be and make it so my dreams become reality. He supports me through every decision I make, no matter what it may be, and he always wants the best for me. My dad has also really helped me through the college process. Helping me write emails, talking to coaches and creating film.

Q: Who do you look up to? Who inspires your play?
A: Yah, I just look up to my dad and think to myself [whether] he would be proud of me or what he would say for me to do better.

Q: How does soccer impact your life?
A: It made it possible for me to go to a really nice four-year university straight out of high school, and it has taught me many life lessons.

Q: Speaking of college and playing at that level, how long have you been talking to Gonzaga?
A: Before my verbal commitment. I have been talking with them since July. The writing commitment date is Nov. 11, 2021 but I committed Sept. 12, 2021.

Q: Tell us about how Gonzaga developed interest with you as a player. Did they tell you what interested them most? Basically, what sets you apart from all the other players?
A: They only saw me play in my first game at Surf Cup, which is one of the biggest soccer tournaments in the country, and many, many colleges go there to recruit and watch players. Other than that, the Gonzaga coach knows my high school coach [Mr.] Joel Williams and communicated with him about me. The Gonzaga coach has said he really liked my passing and play-making abilities. Also they way I defend and win balls in the air.

Q: What excites you most about playing there?
A: When I visited there, everyone there was super nice and down to earth, not only the team but the regular people that go to school there. Not to mention the soccer there is amazing.

Q: What’s your number?
A: Right now it’s 8 for both club and high school because someone has already chosen the number 6 for club. And for high school they didn’t have my size for number 6.

Q: What do you love most about the game?
A: The competitiveness and friendship aspect of the sport. It’s fun to compete and try to be the best you can  playing at a high level. Also friendship, I’ve made lifelong friends from my team while playing.