‘Generation Cryo’ opens the door to the world of sperm donors 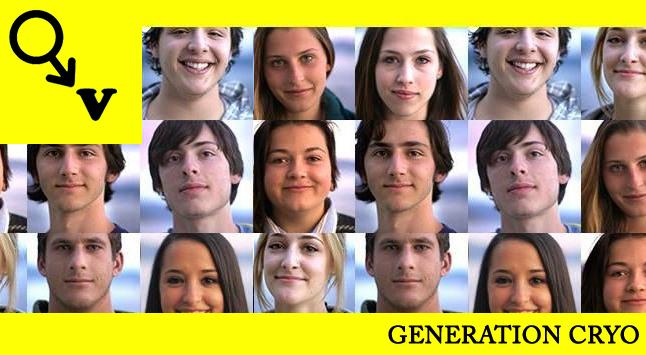 MTV has come out with yet another reality show. This time, however, it’s not entirely pointless and addresses a rather interesting subject that society seems to have swept under the carpet. Introducing “Generation Cryo” : a story documenting a teen and her quest to find her sperm donor.

Not a large amount of people happen to be the offspring of a donor, and I can imagine much less actually trying to find them. I somewhat expected it to be typical MTV quality, but I was certainly not disappointed.

The first episode depicts Breanna, who by first impression, is eager on the subject of her donor. She makes a video diary, “talking” to the donor she’s never met and how the journey is now beginning. Breanna is more of an “alternative” individual with piercings adorning her face. After her webcam, she lets on about her own story; raised by two mothers and being lesbian herself. The teen then informs us of how she has already gotten in contact with two of her half siblings, and her plans to meet them.

We follow Breanna to her half siblings house, and many tearful hugs are exchanged. Any viewer would immediately think that her half siblings would also want to participate in the quest to find their donor, but surprisingly enough, both have no interest. While willing to help, they are content with their father who raised them.

The premiere ends with Breanna taking a swab from one of her siblings to get more information about her donor. I have to say that I was honestly glued to the screen; Breanna is an independent, curious, and determined character that a viewer finds themselves relentlessly rooting for her.

I was glad MTV was shedding light on a legit problem in society and putting it in  such a media that is engaging to viewers. Needless to say, I was pleasantly surprised with this docu-series, and it is well worth following up on.