‘I Am Bread’ surprises with excellent gameplay, mechanics 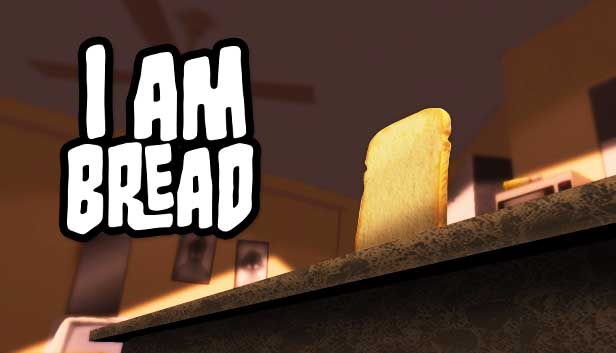 Photo used with permission under fair use.

Become the best piece of toast you can be. Just try to stay off the floor as much as possible.

“I Am Bread” is probably the most fun I’ve had with a video game in months. It completely exceeded my expectations. When I first saw the trailer put out by game developers at Bossa Studios, I had no clue what to think. Sure, I thought it was funny. It’s a physics game where you play as a piece of bread. But I didn’t see it being fun for more than a couple minutes. I was sure that whatever novelty there was would wear out and leave me $10 poorer.

But soon, the hype for the new game skyrocketed as it was promoted by Steam before its released (the game can only be played on the PC). It was at this point that I knew I would have to part with my precious $10 and see what all the fuss was about once it released.

Before I even started playing, I knew it was going to have a steep learning curve. Bossa Studios’ most famous release before this title, physics/puzzle game “Surgeon Simulator,” captured the frustrations of the world as players learned just how difficult it was to perform a heart transplant while controlling hands and individual fingers.

“I Am Bread” starts with you freeing yourself from your loaf as an ordinary piece of bread. Each corner of your bread body acts as an arm, leg, foot and hand. You are able to move around the open world of the kitchen by pressing one, two, three or four down on your keyboard to grip surfaces or objects and then pushing your multigrain body with flicks of the mouse. This far-too-complex way of moving around and exploring the world is what makes the game so incredibly challenging. But it’s also what makes it fun and unpredictable. Everything is left up to you and timing, as you can only grip for a certain amount of time before your heroic little slice of bread loses its energy and topples over.

Your goal in the game is to find a way to become toast without becoming inedible by dropping on the floor, rolling in debri, or falling in water. It seems simple until you realize that the controls make it incredibly challenging and that there are several ways to get the desired golden-brown you’re after. This makes for several hours (yes, hours) of pure childlike exploration and enjoyment.

The graphics are pretty terrible considering other games that are put out in this age of hyper-realistic open world gaming. But it really doesn’t take away from the enjoyment of the game. You’re so busy trying to cover yourself in jam or hang on to the side of the refrigerator (a nail-biting feeling) that you don’t even notice there is nothing at all special about the game’s visuals. Whether or not the unrealistic, cartoonish atmosphere (like Bossa’s other games) was a conscious choice by the designers or simply a matter of budget is irrelevant due to the extremely fun physics and curious atmosphere.

And, believe it or not, the game comes with a pretty stellar soundtrack to accompany your journey to the toaster. Much too epic for the situation, you start to feel like you’re on some sort of grand adventure. The irony is not only hilarious, but adds to the intensity of your journey.

Fortunately, once you are able to become toast in the kitchen, you can start again in another room of the house and attempt to become toast using methods in that room. It adds yet another challenge as you find ways to accomplish your goals using unconventional methods (hairdryers, fireplace, etc.). You could spend days trying to figure out each level. New content is expected to come soon, so even those that have already made more toast than they can eat can continue their journey in “I Am Bread.”

This was one of the most unexpected delights I have ever experienced as a gamer. Skeptical at first, I fell in love with the game’s ability to mix challenge and entertainment so well with such a novel idea, and proves that a great gaming experience really can come from anywhere. It doesn’t take flashy graphics or an incredibly in-depth story line to give someone the entertainment they seek for hours on end. All it takes is a slice of bread.