Students tell their new exercising routines for the new year 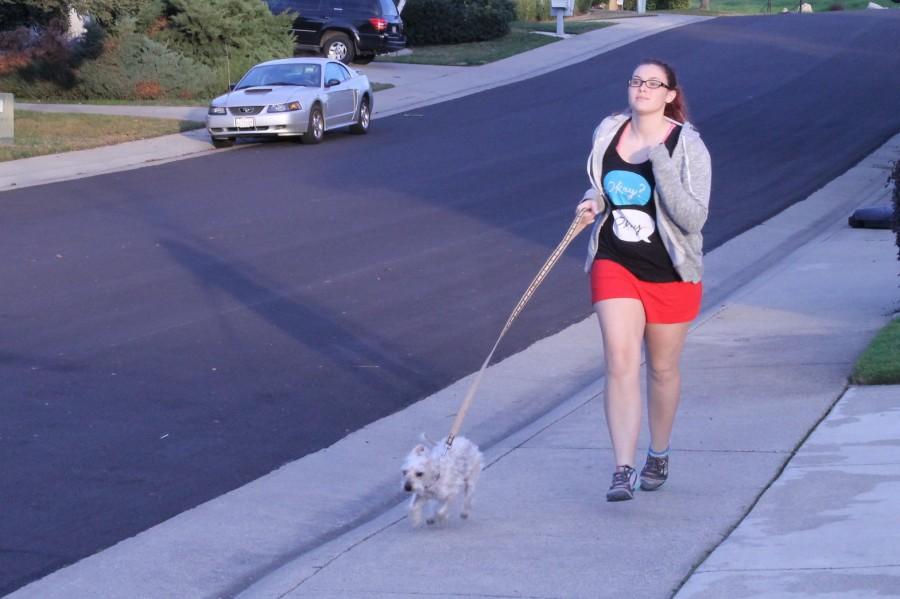 Morgan Jones goes on a run to train for the upcoming swim season.

According to Statisticbrain, the most popular New Year’s resolutions are losing weight, getting organized and saving money.

Losing weight and getting healthy, being the most popular resolutions, make them the easiest resolutions to break. Students who decide to take on this resolution change up their workout routines for the new year.

“Recently, I’ve been going to the gym a few times a week usually on Wednesdays, Thursdays and Saturday mornings. My workout regimens have a lot of core, leg, arms and endurance exercises. Food-wise, I eat green super foods that have cleansing herbs and I drink lots of water because it makes you feel better in your mind and body,” Dorian Kester said.

Healthychildren says that getting fit goes beyond just working out and eating healthy. Having a positive mindset, watching less television, getting nine or more hours of sleep a night, and avoiding toxins such as alcohol and drugs can make your body function with less strain.

Elinore Reyner has recently started doing the ”Green Smoothie Girl” detox which is a diet with a  rigorous menu. Some of the days consist of eating only watermelon, and others where you get to indulge in quinoa or soup. By participating in this detox and by working out, Reyner has  lost seven pounds.

To many teenagers, engaging in a sport is either a hobby or a pass time. The disadvantages to playing a sport is that it can have a major effect on the body. Various sports like swim, track, cheerleading, cross country and football require exercising in order to strengthen skills.

“Since track is coming up I’ve been doing leg strengthening exercises at the gym and in my weights class. I found these workouts online that I’ve been doing to get stronger and more in shape so I can sprint and hurdle better. Recently, I got motivated to just give it my all so when track rolls around I know that I’ve worked my hardest,” Ben Cahill said.

Exercising and getting overall healthy can help the body emotionally, mentally and physically. Whether it’s for a sport or to gain self confidence, getting into the act of working out releases hormones that naturally make you happier according to BufferSocial, so it’s the New Year’s resolution that just really keeps on giving.