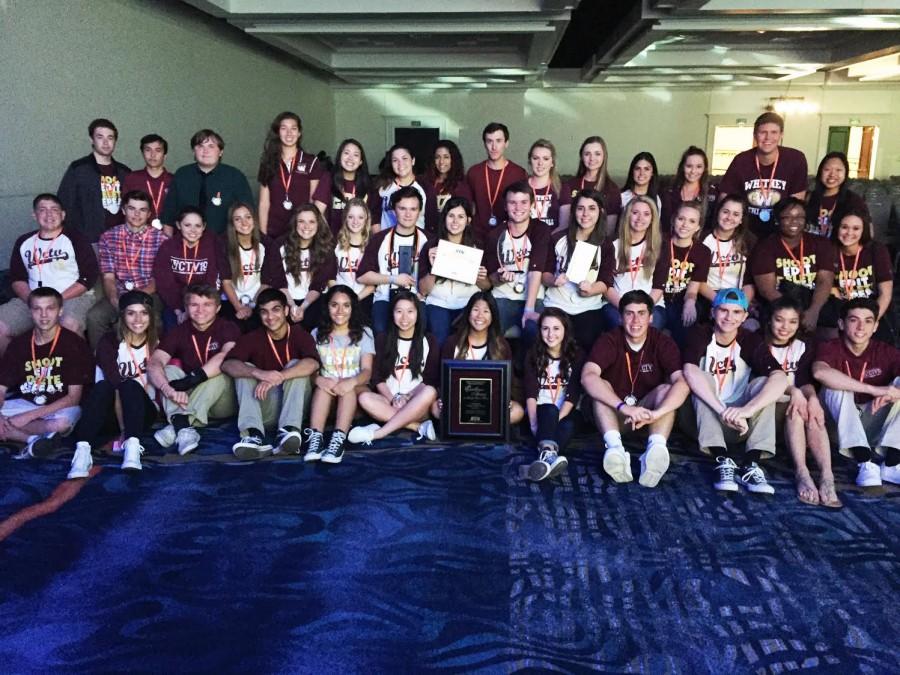 “We had to submit applications to [advisor Mr. Ben] Barnholdt to be chosen to go on the trip because Barnholdt could only take 44 of us. Only students involved in news production and sports were invited to go,” Beenish Farooqi said.

At the convention, students either formed groups to compete against other schools to produce a video, or went to seminars to listen to professionals speak about their work as animators, reporters, and other various jobs that relate to news broadcast. Winning groups from convention contests were later announced and given awards such as camera equipment and certificates.

Aside from producing news and listening to speakers at the convention, students did activities together as team bonding time, such as going to Mission Beach Boardwalk and going out to dinner every night.

“At night we had rap battles in the elevators and went out in the hotel to hang out with students from other schools. Most of the participating schools stayed in the same hotel,” Alex Muir said.

Throughout the trip, students tweeted about their experiences using #STN2015. The convention provided students the motivation to work hard to sustain their title as Best Daily Taped Show.

“Seeing all of the seniors in the class showing leadership and basically running this award-winning program motivated me to try and follow in their footsteps by making sure the broadcast program continues to progress and improve each year,” Sarah Murphy said.

Next year’s Student Television Network convention will be in Atlanta from March 10-13.