Kendrick Lamar’s GRAMMYs performance was a reflection of his outlook, not a racist attack 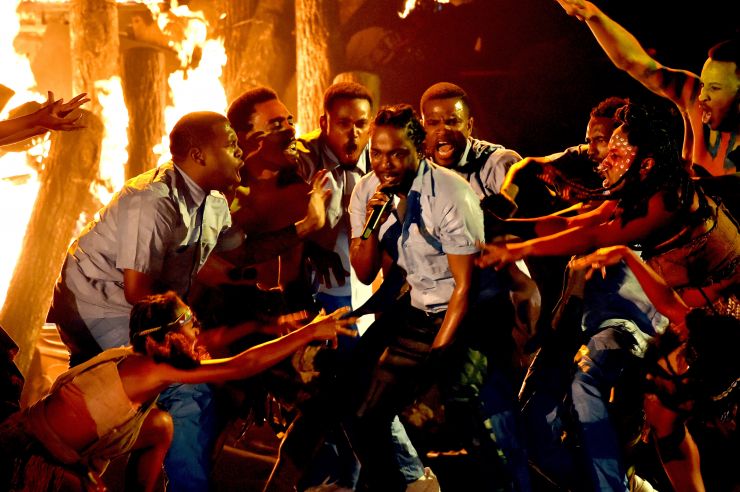 Kendrick Lamar was nominated for 11 awards at the 58th Annual Grammy Award Ceremony Feb. 15. The rapper won five of those awards, including Best Rap Album for “To Pimp A Butterfly” and Best Rap Performance for “Alright.”

However, the Twitterverse was not talking about his accomplishments that night. Twitter blew up with users posting tweets labeling Lamar as a racist and calling his performance a disgrace. These accusations are ignorant and completely unnecessary.

The rapper came out on stage wearing a prisoner’s uniform and handcuffs, opening his performance with his song “The Blacker The Berry.” He then broke free from his shackles and began dancing in front of a bonfire with neon lighting performing “Alright.” Lamar ended his performance with a flurry of verses over a silhouette of Africa labeled Compton.

His performance was not racist. It was a reflection of how he sees his life. Growing up in Compton, the rapper choose to write about his experiences. Writing about what he knows does not make him a racist.

Similar allegations of racism arose recently at the Super Bowl and Beyonce’s performance of her new song, “Formation.” Twitter blew up calling Beyonce a racist and accusing her of encouraging police violence.

Anti-Beyonce groups formed plans to protest outside the NFL headquarters Feb. 16, however only two protesters showed.