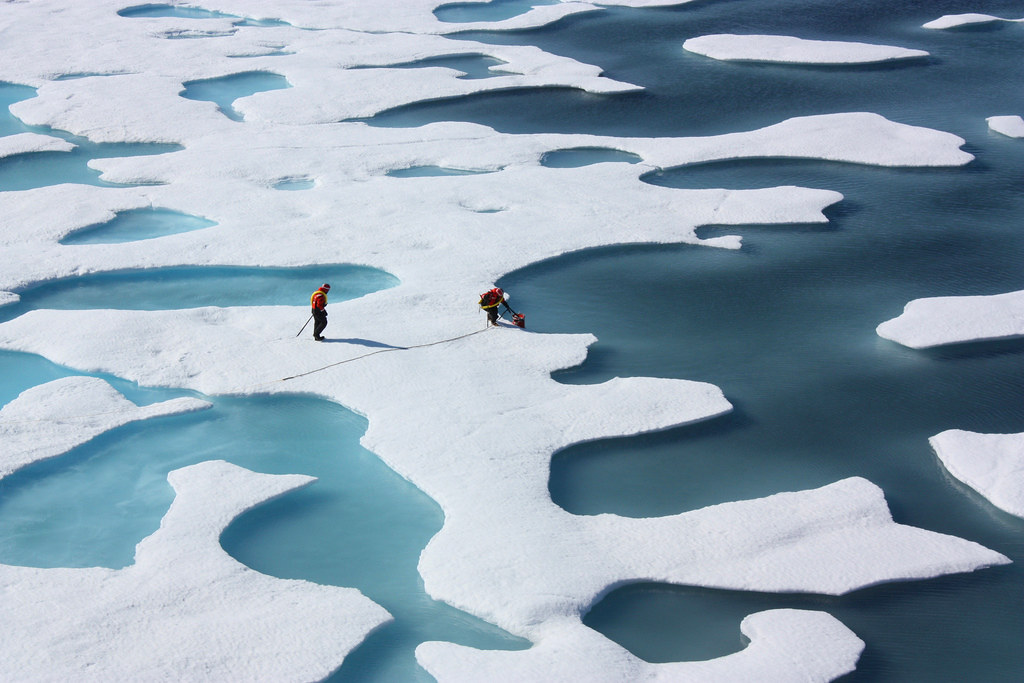 As global temperatures rise, ice caps continue to melt which is detrimental to the environment. Source: Creative Commons/NASA

As global temperatures rise, ice caps continue to melt which is detrimental to the environment. Source: Creative Commons/NASA

Eco-friendly mindset must start with the new generation

As Earth Day passes another year, environmental damage is still a persistent problem and will only continue to worsen unless humanity makes some changes.

Earth Day was created in 1970 by U.S. Senator, Gaylord Nelson as an effort to raise awareness about the environment after witnessing the 1969 massive oil spill in Santa Barbara, California. Since then, many policies and regulations have been implemented in order to protect the environment, but it is still not enough. Things must also change on an individual level.

Environmental damage is a broad term that includes global warming, deforestation, rising sea levels, pollution in the air, oceans and land, loss of habitats and much more. This contributes to the rise of many health problems as well as many plants and animal nearing extinction. The World Health Organization states that between 2030 and 2050 an estimated 250,000 additional deaths per year will occur due to climate change.

Human activities has caused the increase of CO2 levels, air pollution and the estimated 14 billion pounds of trash that is dumped in the world’s oceans every single year. Temperatures and sea levels will continue to rise as ice caps melt and according to National Geographic, this will result in more frequent and intense hurricanes as well as cities submerging underwater. California citizens also know the ravages wildfires has caused, just in the past five years about 5.4% of the entire state has burned according to Cal Fire and the percentage will only get increase as conditions worsen.

The harsh realities of environmental damage are only getting closer and if humanity wishes to slow the process everyone must contribute in reducing their carbon-footprint.

The carbon footprint calculator by The U.S. Environmental Protection Agency can help individuals see how much they impact the world and steps they can take to reduce their carbon footprint.

Most change needs to occur within the government and their regulations of major companies. The U.S. Environmental Protection Agency states that the largest source of greenhouse gas emissions in the United States is from burning fossil fuels for electricity, heat and transportation. Worldwide oil and coal industries contribute the most to the emission of greenhouse gasses globally. While this may seem a difficult issue to battle, citizens old enough to vote in democratic countries can help make a difference by electing candidates that care enough about the environment to set better regulations on companies as well as implement effective policies to limit emissions.

Most students are currently unable to vote, however there is also many things that they can still do to help the overall issue. Every little decision makes a difference in the big picture because if everyone worked a little to be more sustainable it will help preserve the environment.

A few things that can be done is:

“It is vital to recognize and assist our environment to stop climate change because we are facing the biggest environmental challenge, global warming,” Nithilia Radjendirane said.

An important lifestyle change one can make is becoming vegetarian or vegan. Animals in the meat industry require enormous amounts of water to survive. According to PETA, one pound of beef takes more than 2,400 gallons of water to produce. PETA states that factory farms produce approximately 500 million tons of manure each year and the runoff from these farms is the leading cause of pollution in our rivers and lakes. Factory farms frequently spray liquid manure into the air in order to dodge water pollution limits. This creates mists that are carried away by the wind and people who live nearby are forced to inhale these toxins. However, the largest drawback is the massive amounts of methane that cattle emits. Cows produce methane in their digestive process and it represents one third of all agriculture greenhouse gas emissions as stated by the U.S. Environmental Protection Agency.

Completely taking meat out of their diet is not something many are willing to do, despite the large benefits it would have toward reducing emissions. Those who wish to keep meat in their diet should still work to limit the amount they consume. The United States Department of Agriculture predicts that in 2018 the average American will eat 222.2 pounds of meat which breaks past records. Things seem to be going in the wrong direction as people increase consumption instead of increasing awareness and attempting to solve environmental issues.

Michael Hojabri has been vegan for the past two years after finding out the harm the meat industry has on the environment. Veganism and vegetarianism in the United States grew from 1% in 2014 to 6% in 2017 and statistics show percentages slowly increasing.

“I think people are really ignorant about environmental issues, it’s a combination of people who know the issues and do not do anything about them and people who live in their own bubble not knowing or caring enough about the damage we have caused,” Hojabri said.

The eco-friendly mindset must start with the new generation, whether people are willing to make a complete lifestyle change or change a few small things daily, every little bit counts.