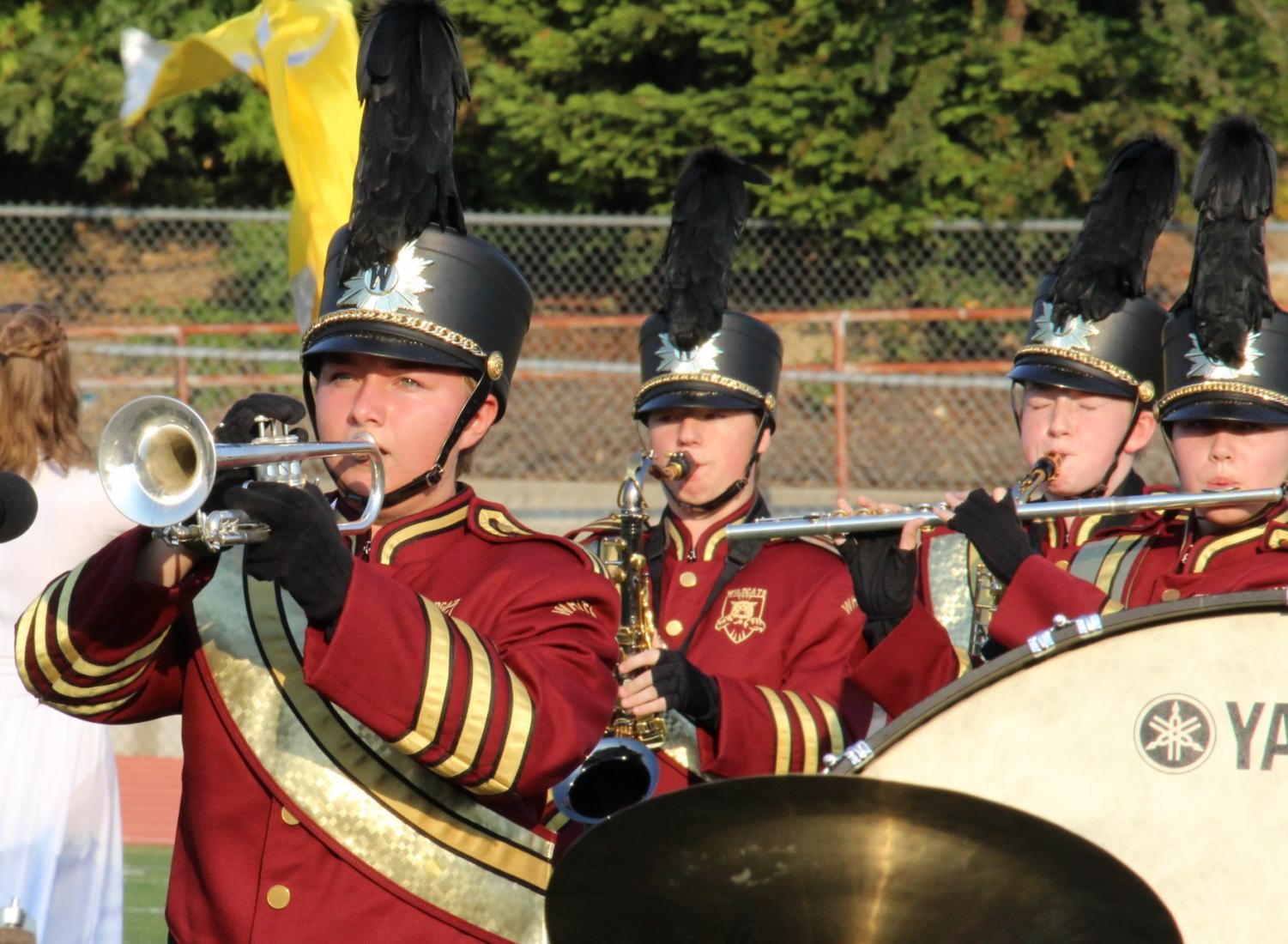 They entered mainly to receive scores from judges to learn how they can improve for future competitions. Marching band members saw the competition mainly as an opportunity to work out any major kinks in their routine and performance for upcoming, and larger, competitions.

“We hit all our strong points tonight, but we did have some down moments. We didn’t really watch our conductor or follow her as much, but then we caught on quickly,” Jason Marchenko said.

Although the main purpose of their first competition was to receive critiques from the judges and practice in a competition setting, they won First Place for their division, Class I.

“I’m looking forward to them finally finishing the show visually and for them to actually start enjoying themselves a little more. This is supposed to be fun for them, and I want them to start enjoying it more as the season goes on,” band director Mr. Kasey Searles said.

Leading the band was drum major Tori Quaranta. She has been in the marching band for the past four years and has been playing instruments since elementary school. While it was her first season conducting and leading the band, the judges said they were pleased with her performance.

“After stepping up on the podium, I was nervous for our first performance, but I quickly got out of it and was confident in my motions. The judge gave me great feedback on how I can improve, so I am excited for our next competition and getting to perform a polished routine,” Quaranta said.

The marching band’s next competition is Oct. 19 at Del Oro.